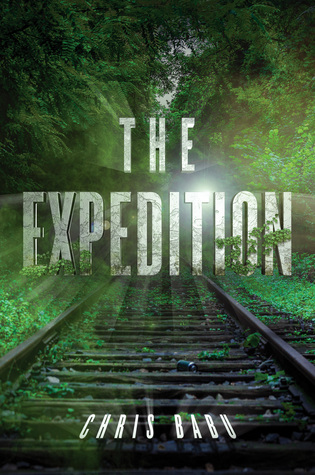 THEY SURVIVED THE INITIATION. NOW THE REAL TEST BEGINS.

Drayden and his friends thought nothing could be harder than the Initiation. Little did they know it had only been a warmup for the challenge that lay ahead.

With New America’s situation dire, Drayden and the pledges venture out into the unexplored world outside the walls, escorted by a team of elite Guardians. The group seeks to contact another civilization in what remains of Boston, but Drayden has secret goals of his own.

Dangers abound in the real world, including Aeru, the deadly superbug that wiped out humanity. While they battle the elements of a desolate landscape, a power struggle emerges within their ranks. The Guardians seem to be carrying out a covert mission themselves, and the quest turns everything they thought they knew about New America upside down.

I received a copy of this book from Netgalley (thank you!) in exchange for an honest review. This does not influence my thoughts in any way.

I have read and loved the first book in the series, The Initiation, which was spectacular in multiple aspects (you can read my review here) so I was so excited to read this next one! I was also a bit skeptical at first since I barely remember the nitty-gritty about the previous book due to my severe forgetfulness, but I pushed through, hoping for the best. Fortunately, everything came back to me and I got to really enjoy this book.

The Expedition was a fast-paced book that is equal parts action and strategics. This allowed the group of privates to maximize their own individual strengths during their mission, and I loved seeing, in the little things, how they have grown closer compared to the first book.

I still very much liked Drayden as a character. If I were to think about an expedition, I’d probably immediately think that physical strength is a prerequisite for undertaking such. I had my doubts as to how Drayden might cope in the expedition, yet it proved to be unnecessary. What Drayden lacked in physical strength, he made up for in quick thinking, wit and intelligence. And frankly, I admire the latter far more than the former.

The challenges that the group faced in the expedition were much more different and difficult than the ones in the initiation. In this books, the struggles that the privates experience were much more crucial since they deal with unexpected troubles now, in the part of their world they’ve never set foot on. So seeing them all work together, and contribute each their own skills for their collective objective was really invigorating since, as you can tell, I’ve really grown attached to this group of brave kids.

And although I did kinda foresee one aspect in the book that is supposed to be shellshocking, I did doubt myself more times than I would care to admit. Thus, the book really has some unexpected twists and turns that would make you second guess yourself multiple times.

But despite all those, I still ticked off a star from my rating since I was not keen on how the sentences in dialogues sometimes run waaaaay too long, as if they’re each doing monologues. Aside from that though, I think my mood contributed a lot on this decision as well since I was pretty distracted with life when I read this.

Overall, if I were to pick this book up some other time, when I really am in the mood for a post-apocalyptic-ish adventure, this really would have the potential of earning a 5-star rating from me. I highly recommend this series, especially if you’re a fan of the genre. I can’t wait for the next book!

Disclaimer: By clicking on the book covers above, you will be redirected to my Amazon affiliate link for the corresponding book. Purchase from that link and you’ll be able to help me and my blog out tremendously at no additional cost for you!