A teen forger and thief forms a criminal crew from her high school friends (and crush) to perform a series of heists leading to the location of her missing mother in this action-packed contemporary YA novel.

By day, seventeen-year-old Fiona Spangler runs small cons for her ritzy prep-school classmates: getting them out of tests and forging fake hall passes. But by night, Fiona joins her dad on riskier heists: stealing back the clue-filled forgeries her mom scattered across the country before she disappeared. Fiona desperately hopes that her mother will be waiting at the end of the scavenger hunt she left behind.

And they are SO close. Just three more heists remain, but then disaster strikes when Fiona’s dad is captured by the FBI. Desperate to finish the job and save what’s left of her family, Fiona assembles of crew of teen criminals: a master of disguise who can transform into anyone, a talented hacker who only communicates in glares, and a rival con artist with a vendetta against—and possible crush on—Fiona.

All they have to do is perform three nearly impossible heists, solve her mother’s incredibly complex clues, and evade the FBI. Easy, right?

END_OF_DOCUMENT_TOKEN_TO_BE_REPLACED

In a move that other Asian American girls know all too well, six months after the older Tech twins got to college, their parents asked, “Why aren’t you engaged yet?” The sisters retaliated by vowing that they won’t marry for ten (maybe even twenty!) years, not until they’ve had lots of dating practice.

In a shocking war on the status quo, her parents now insist that their youngest daughter, Orrawin (aka “Winnie”), must date in high school. Under their watchful eyes, of course — and on dates they organize based on their favorite rom-coms. The first candidate? The son of their longtime friends, Mat Songsomboon—arrogant, dreamy, and infuriating.

Winnie’s known him since they were toddlers throwing sticky rice balls at each other. Her parents love him, so naturally he’s the perfect person for her to pretend date.

If only he weren’t her sworn enemy.

END_OF_DOCUMENT_TOKEN_TO_BE_REPLACED

For fans of Becky Albertalli and Jenny Han, a sweetly funny YA rom-com debut about falling in love, familial expectations, and being a Renaissance Man.

Danyal Jilani doesn’t lack confidence. He may not be the smartest guy in the room, but he’s funny, gorgeous, and going to make a great chef one day. His father doesn’t approve of his career choice, but that hardly matters. What does matter is the opinion of Danyal’s longtime crush, the perfect-in-all-ways Kaval, and her family, who consider him a less than ideal arranged marriage prospect.

When Danyal gets selected for Renaissance Man–a school-wide academic championship–it’s the perfect opportunity to show everyone he’s smarter than they think. He recruits the brilliant, totally-uninterested-in-him Bisma to help with the competition, but the more time Danyal spends with her…the more he learns from her…the more he cooks for her…the more he realizes that happiness may be staring him right in his pretty face.

END_OF_DOCUMENT_TOKEN_TO_BE_REPLACED

Holland Delviss wants to be known for her talent as a hockey player, not a hockey player who happens to be a girl. But when her school team is selected to be featured and televised as part of HockeyFest, her status as the only girl on the boys’ team makes her the lead story. Not everyone is thrilled with Holland’s new fame, but there’s one person who fiercely supports her, and it’s the last person she expects (and definitely the last person she should be falling for): her bossy team captain, Wes.

With the summer season just around the corner, a book about ice hockey and perpetual snow probably doesn’t seem all that appealing to most of you. I understand there are tons of other YA contemporary reads which are all summer-y and more appropriate for the season, but I ain’t about that right now. I personally prefer cold weather rather than hot, and this is a great book for escaping this heat that I dislike so much.

Set in a small town in Minnesota, Holland grew up with a special love (and skill!) for hockey. Growing up with three brothers who all share the same passion for the sport, she grew accustomed to playing with the boys. So this ultimately led to her decision to play for the boys’ hockey team of her school, instead of the girls’. Of course that doesn’t come easy as Holland constantly gets criticized and belittled because of her decision. So, she always has to try extra hard to prove them wrong and to “earn her spot” in the team. Regardless of the people who don’t believe in her and try to bring her down, what Holland doesn’t expect is that she has a passionate supporter in the form of their awfully crabby team captain, Wes. Now she’s not sure if that would complicate things, especially when feelings get involved.

END_OF_DOCUMENT_TOKEN_TO_BE_REPLACED 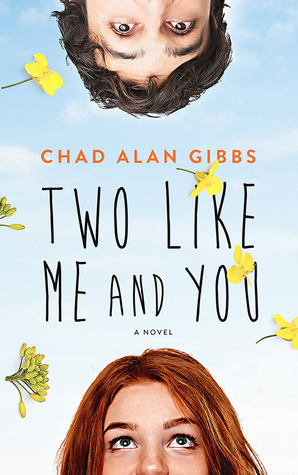 Book Title: Two Like Me and You
Author: Chad Alan Gibbs
Publication Date: May 20th 2019
Genres: Contemporary, Young Adult
My Rating: 3 out of 5 stars

Edwin Green’s ex-girlfriend is famous. We’re talking cover-of-every-tabloid-in-the-grocery-store-line famous. She dumped Edwin one year ago on what he refers to as Black Saturday, and in hopes of winning her back, he’s spent the last twelve months trying to become famous himself. It hasn’t gone well.

But when a history class assignment pairs Edwin with Parker Haddaway, the mysterious new girl at school, she introduces him to Garland Lenox, a nursing-home-bound World War II veteran who will change Edwin’s life forever.

The three escape to France, in search of the old man’s long-lost love, and as word of their adventure spreads, they become media darlings. But when things fall apart, they also become the focus of French authorities. In a race against time, who will find love, and who will only find more heartache?

I received a free copy of this book in exchange for an honest review as part of the blog tour hosted by Xpresso Book Tours.

My initial reaction upon finishing this book was relief, partly because the whirlwind of suspense (about the main characters’ adventures) was over and I don’t have to constantly worry about them anymore. But also, I felt relieved mainly because I ended up liking the book despite the few troubles I had with it.

Just to get it out of the way, let me tell you that I did not feel a connection to any of the characters so that’s a major turn off for me. At that point, I was starting to get worried that I wouldn’t be able to enjoy this as much as I expected. Also, I felt that the book could have been a little shorter because it felt dragging for some times. But despite those, I carried on reading and I’m glad I did!

This contemporary book is unlike any I’ve read before. Since I mostly read romances in this genre, Two Like Me and You was kind of like a breath of fresh air for me. I love how it does not entirely focus on the romantic aspect despite love having somehow a significant role in the story. Plus, this book is jam-packed with adventure that keeps me biting my nails in anticipation. Most of the happenings here are ludicrous and absolutely unbelievable which gets the excitement constantly flowing! Not to mention, the World War II references were very interesting for me to read about.

Overall, I enjoyed this one despite a couple of points for improvement. I’d recommend this one if you’re looking for a crazy and fun contemporary read. 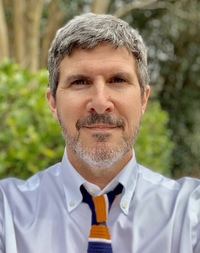 Chad Alan Gibbs lives in Alabama with his wife, two sons, two dogs, and an embarrassingly large collection of Star Wars action figures. Two Like Me and You is his first novel.

Get the chance to win (INTL):